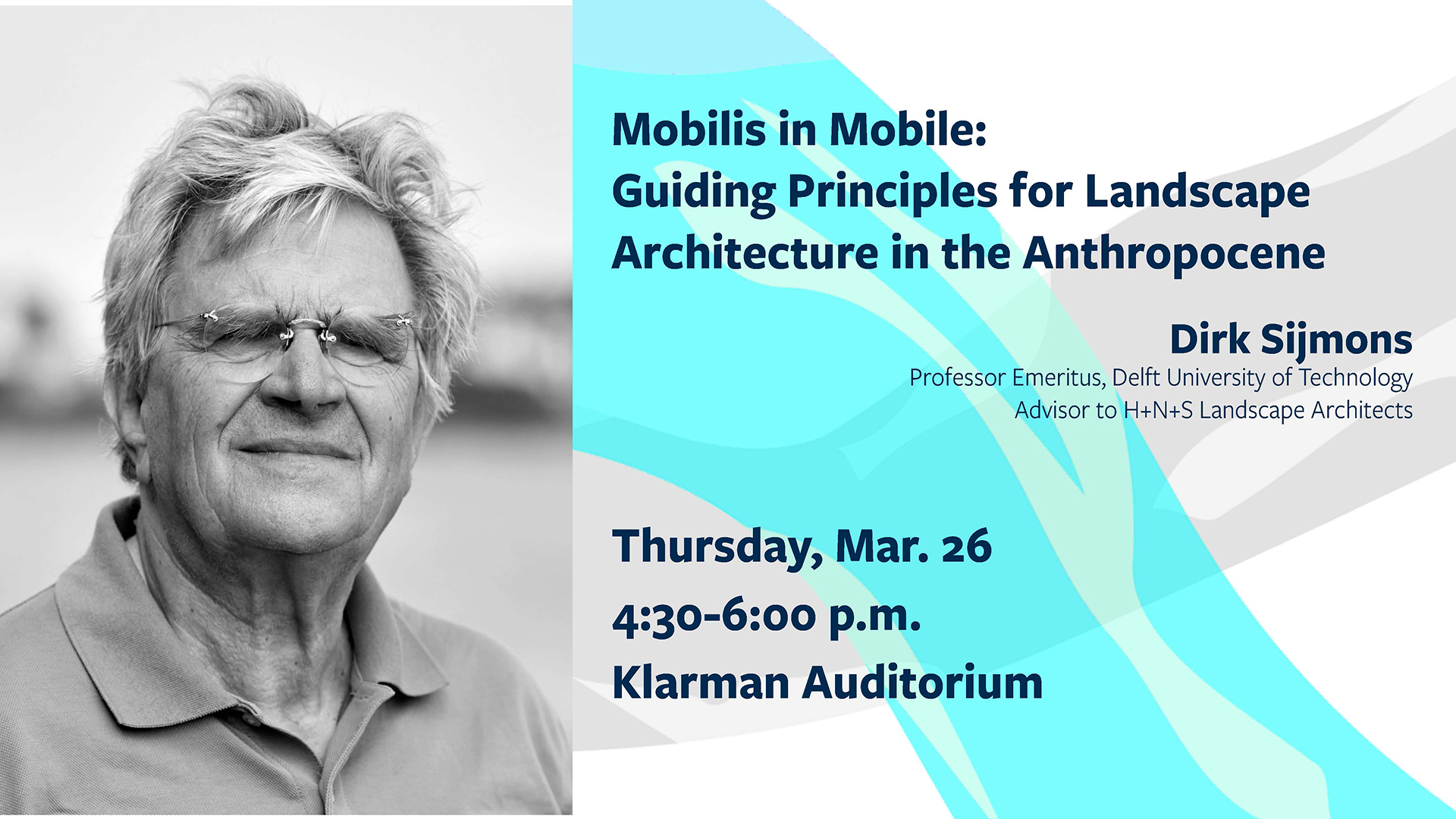 CANCELLED Mobilis in Mobile: Guiding principles for Landscape Architecture in the Anthropocene

Talk followed by a panel discussion:

The design community still seems largely in an in-between state between modernism and the full acknowledgement of the Anthropocene. Sijmons will try to explore some perspectives for the Age of Mankind by presenting a research matrix: What would happen if we crossbreed four philosophical views on this new condition (Denialism, Ecomodernism, Posthumanism and Anthropocentrism 2.0) with four professional attitudes: landscape architect, landscape activist, landscape researcher and landscape artist. Some of these cross breeds might deliver the four-by-four we will need for the though ride ahead and might even produce a new aesthetics and offer consolation. The lecture will be richly illustrated with examples as a bridge to this stratospheric level of abstraction.

Dirk Sijmons (1949) is one of the founders of H+N+S Landscape-architects. At the office he did mostly regional plans and research projects. H+N+S received the Prince Bernard Culture award in 2001. In 2002 and 2018 he received the Rotterdam-Maaskant award and in 2007 the prestigious Edgar Doncker award for his contribution to ‘Dutch Culture’. His book publications in English are = Landscape (1998), Greetings from Europe (2008), Landscape and Energy (2014), Moved Movement, (2015) & Room-for-the-River (2017). Sijmons was appointed first State Landscape Architect of the Netherlands (2004-2008). In education he was coordinator Landscape Architecture at the Academy of Architecture in Amsterdam and from 1989-1994 and held the chair of Environmental Design (2008-2011) and that of Landscape Architecture (2011-2015) at TU-Delft. He was curator of IABR--2014 themed Urban-by-Nature. At the World Design summit 2017 in Montreal he received the IFLA sir Geoffrey Jellicoe award.

Reception prior to talk