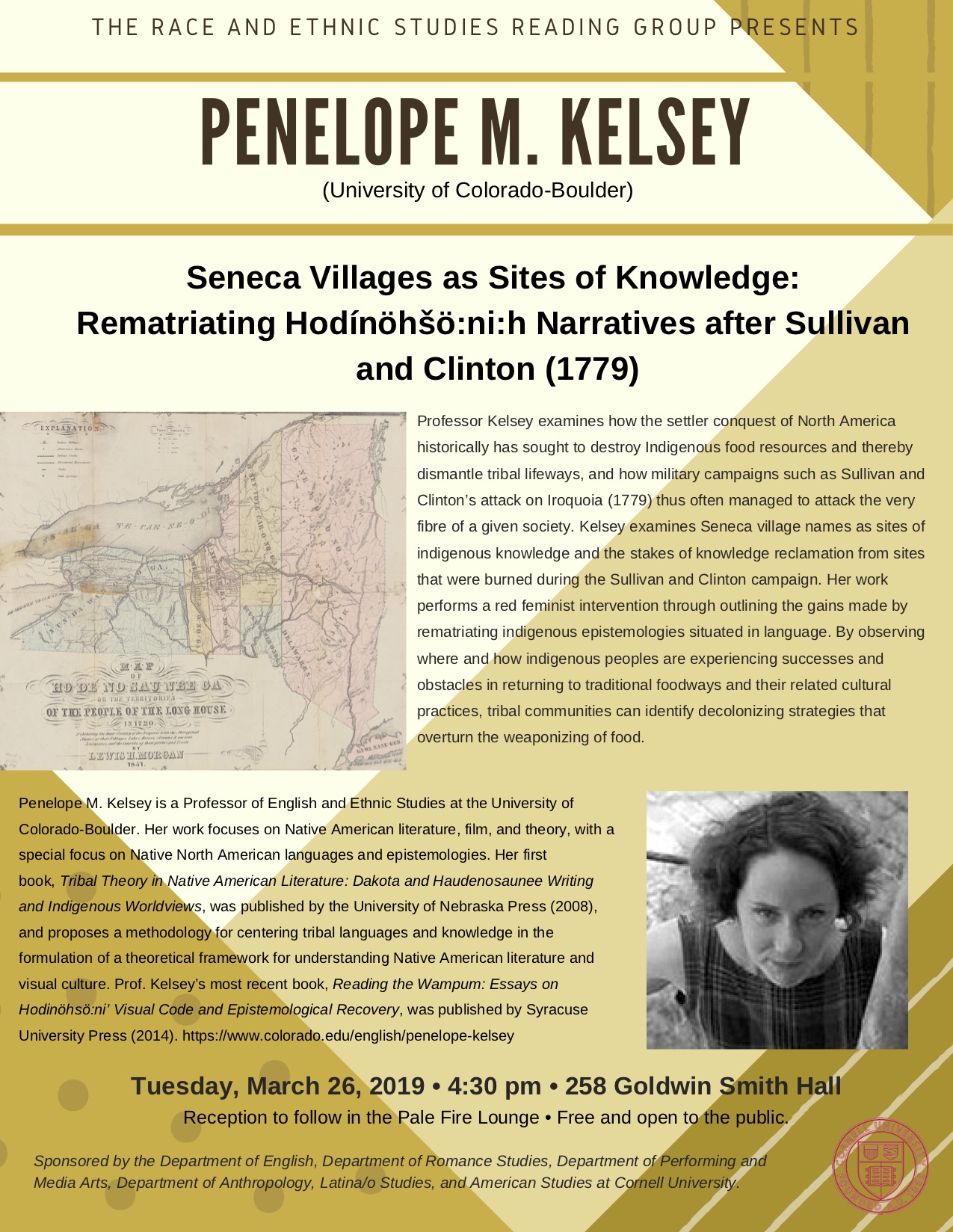 Seneca Villages as Sites of Knowledge: Rematriating Hodínöhšö:ni:h Narratives after Sullivan and Clinton (1779)

Professor Kelsey examines how the settler conquest of North America historically has sought to destroy Indigenous food resources and thereby dismantle tribal lifeways, and how military campaigns such as Sullivan and Clinton’s attack on Iroquoia (1779) thus often managed to attack the very fibre of a given society. Kelsey examines Seneca village names as sites of indigenous knowledge and the stakes of knowledge reclamation from sites that were burned during the Sullivan and Clinton campaign. Her work performs a red feminist intervention through outlining the gains made by rematriating indigenous epistemologies situated in language. By observing where and how indigenous peoples are experiencing successes and obstacles in returning to traditional foodways and their related cultural practices, tribal communities can identify decolonizing strategies that overturn the weaponizing of food.

Penelope M. Kelsey is a Professor of English and Ethnic Studies at the University of Colorado-Boulder. Her work focuses on Native American literature, film, and theory, with a special focus on Native North American languages and epistemologies. Her first book, Tribal Theory in Native American Literature: Dakota and Haudenosaunee Writing and Indigenous Worldviews, was published by the University of Nebraska Press (2008), and proposes a methodology for centering tribal languages and knowledge in the formulation of a theoretical framework for understanding Native American literature and visual culture. Prof. Kelsey’s most recent book, Reading the Wampum: Essays on Hodinöhsö:ni’ Visual Code and Epistemological Recovery, was published by Syracuse University Press (2014).