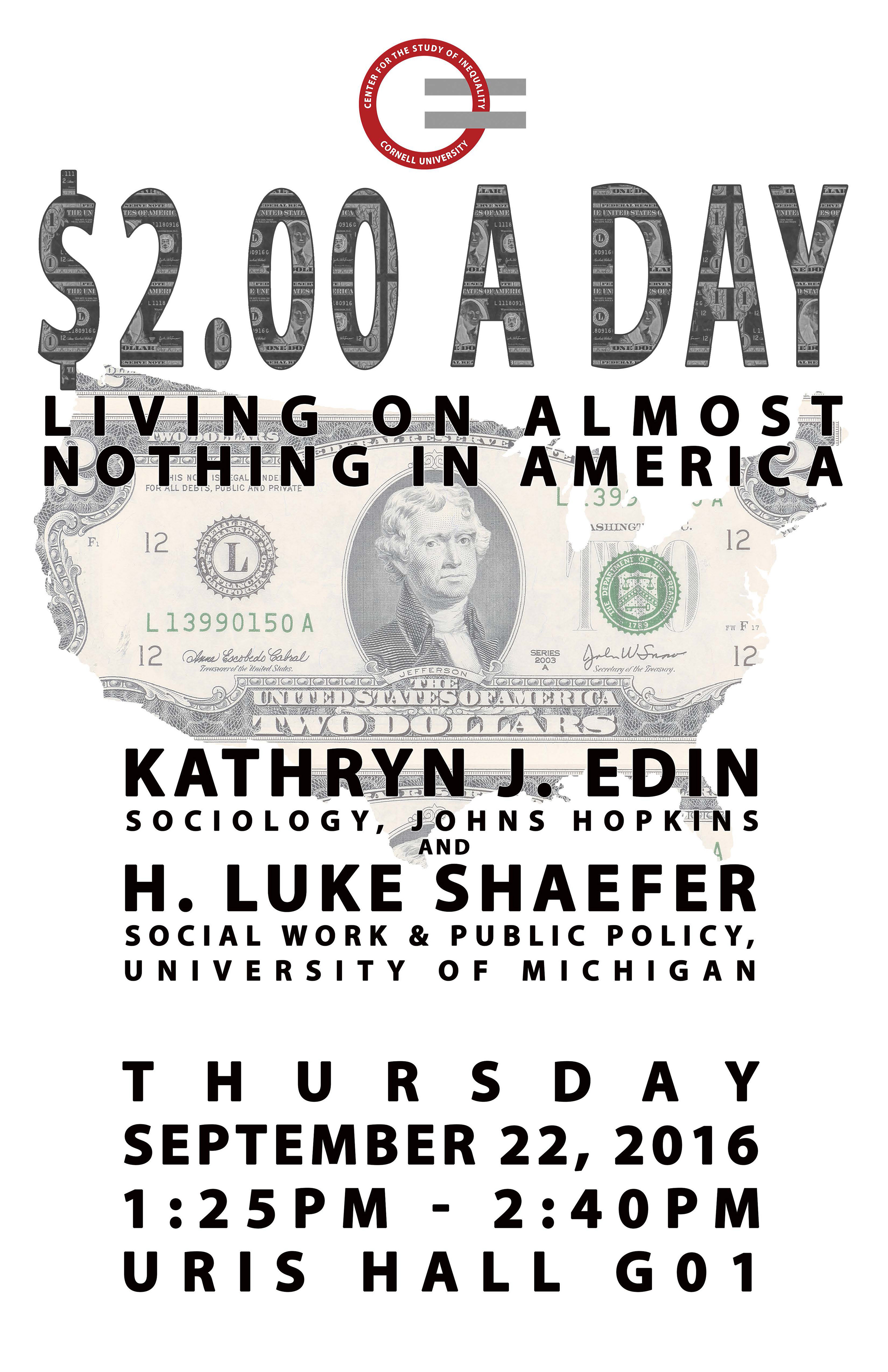 $2 a Day: Living on Almost Nothing in America

A revelatory account of poverty in America so deep that we, as a country, don’t think it exists. Jessica Compton’s family of four would have no income if she didn’t donate plasma twice a week at her local donation center in Tennessee. Modonna Harris and her teenage daughter Brianna, in Chicago, have gone for days with nothing to eat other than spoiled milk.

After two decades of groundbreaking research on American poverty, Kathryn Edin noticed something she hadn’t seen before — households surviving on virtually no cash income. Edin, whose deep examination of her subjects’ lives has “turned sociology upside down” (Mother Jones), teamed with Luke Shaefer, an expert on surveys of the incomes of the poor. The two made a surprising discovery: the number of American families living on $2.00 per person, per day, has skyrocketed to one and a half million American households, including about three million children.

But the fuller story remained to be told. Where do these families live? How did they get so desperately poor? What do they do to survive? In search of answers, Edin and Shaefer traveled across the country to speak with families living in this extreme poverty. Through the book’s many compelling profiles, moving and startling answers emerge: a low-wage labor market that increasingly fails to deliver a living wage, and a growing but hidden landscape of survival strategies among America’s extreme poor. Not just a powerful exposé, $2.00 a Day delivers new evidence and new ideas to our national debate on income inequality.

College of Arts & Sciences, Sociology, Center for the Study of Inequality

Johns Hopkins and University of Michigan